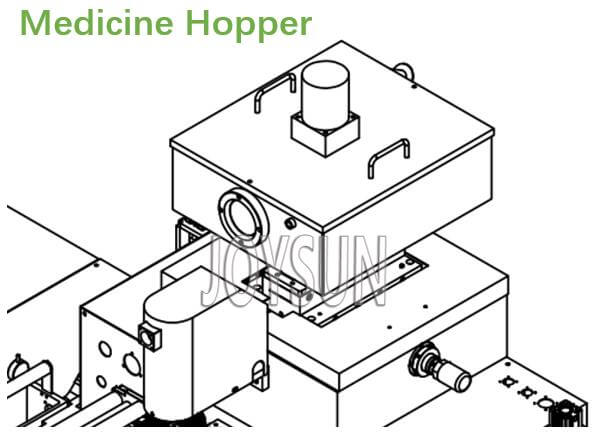 Die Roll of Softgel Encapsulation Machine
The timing belt, gear, and worm gearing system are included in the die roll housing assembly that is mounted on the frame. The driving force from the motor is distributed to the die shaft, feeding pump, leading roller units, and so on. The die roll housing assembly is the core equipment of the main machine. Two dies are mounted on the left and right die roller shafts respectively (face to the front of the main machine, take operator’s left hand as the left side, following are the same). The right die shaft can rotate only while the left die shaft can not only rotate but also move laterally. As the gelatin film is filled into space between two dies, press the gelatin film tightly and evenly in the space between two dies by the pressure device at lateral place of the support that on the left of the die roll housing assembly.

A die alignment device is mounted at the back of the die roll housing assembly. Loosen the fixing screw can rotate the right die alone so that align the calibrations of left and right dies to correspond one to one. The driving force of the feeding pump, passed from roller units of machine core through a group of pneumatic clutch devices, can realize the filling time adjustment online by controlling the clutch switch. There is an oil roller system on each support at both sides of the die roll housing assembly. The purpose is to spread the lubrication liquid paraffin in the lubrication pump onto the surface of the gelatin ribbon evenly. 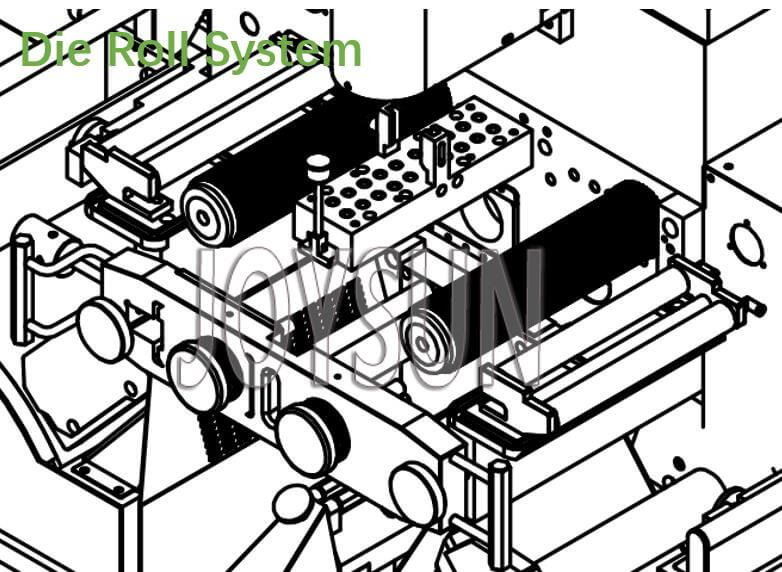 Conveyor
The conveyor is used for transferring the capsules. It consists of a motor, conveyer belt, and adjustable device. The conveyor is fixed in front of the mangle roller. The adjustable device is used for regulating the loose and tight extent of the belt. When the conveyor running reversely, the belt moves in the right direction so that it transfers the scrap capsule to the scrap tank. During running forward period, the belt moves to left direction and transfer the qualified capsules into the supplying device’s material inlet of the drier, then blow the capsules by capsule conveyor fan motor in the supplying device into the tumbler of the drier. 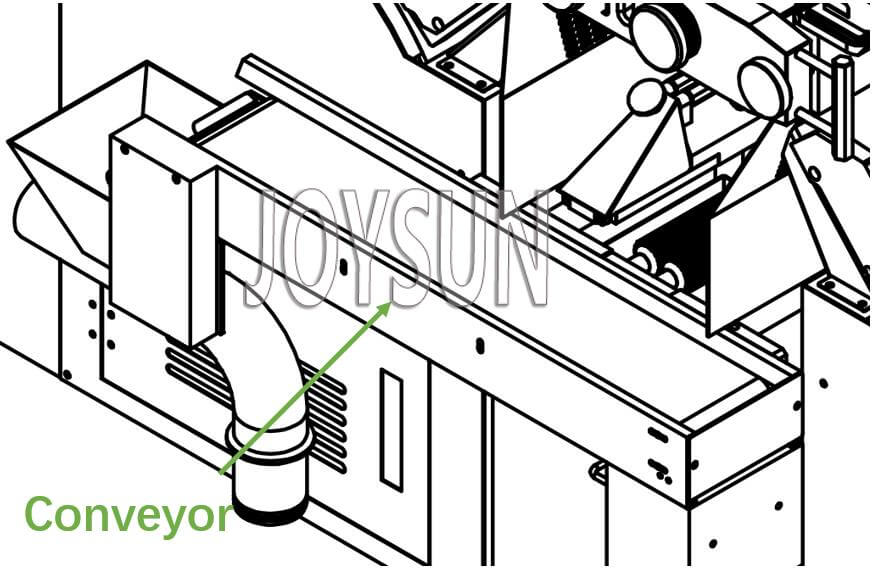 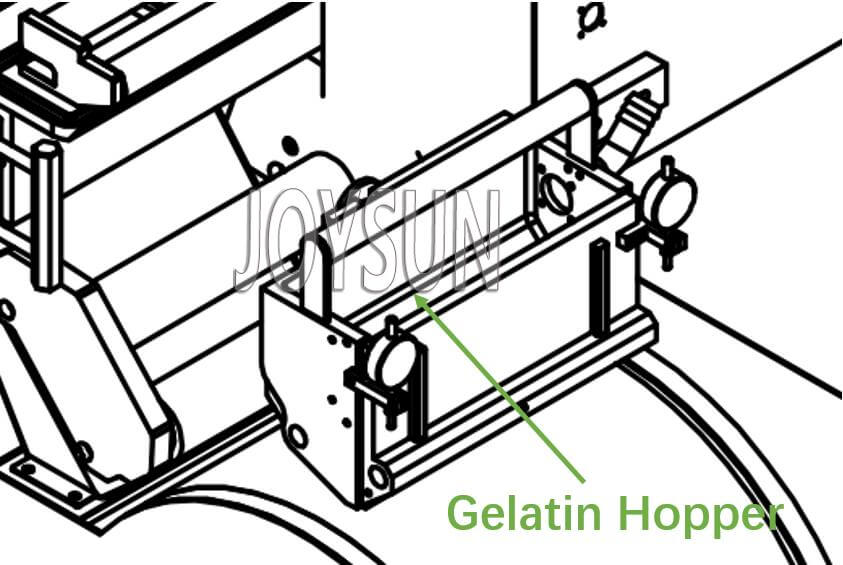 Cooling Drum for Softgel Encapsulation Machine
The cooling drum is fixed on both sides of the frame and each side has one. The coolant is circulated in the cooling drum. The refrigerate temperature value is set by the touch screen, then after a period of time, the temperature of the drum will be kept at the set value. When the temperature of the encapsulator cooling drum is controlled within a certain range(till a stable status), the gelatin boxes above begin to supply gelatin liquid. The gelatin liquid is spread on the rotating drum uniformly to form a thin layer of film. The cooling drum is driven by the main motor. Start the main motor, the drum will start automatically according to the set rotating speed rate and the rate can be set in the touch screen. When the rotating speed rate is set, the speed of the gelatin ribbon drum will be increased according to the rate as soon as the main machine’s speed is increased. 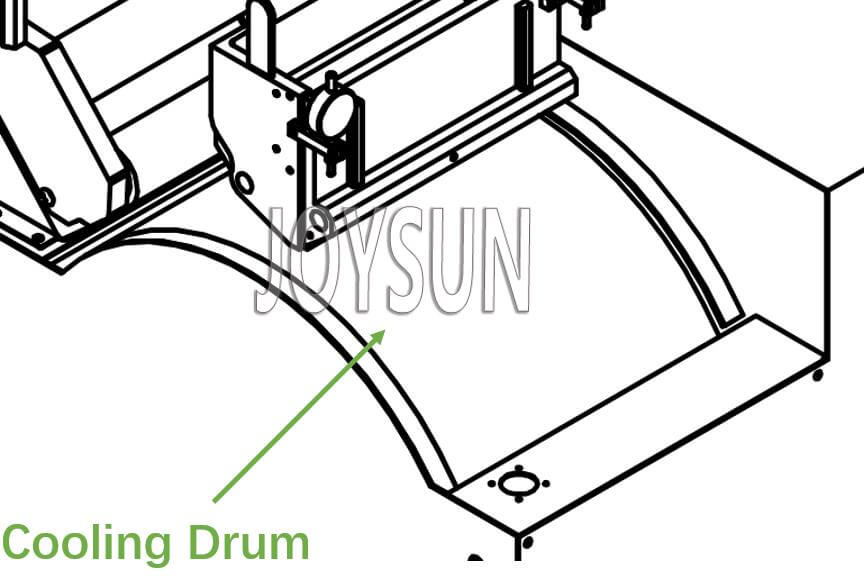 Water Cooling System
The water cooling system consists of a compressor, circulating water pump, water cooling fan motor, and some pipelines, in which the compressor is interfaced mode and it can be installed in another room or on the roof. The refrigerate temperature can be set in the touch screen that makes the temperature of the drum controllable so that the gelatin ribbon cooldown on the cooling drum quickly to form a uniform gelatin film. The water cooling fan motor blows air to the die and the capsule stripper from a specific pathway so that the softgel capsules fall off from the die easily and their shapes are more beautiful. 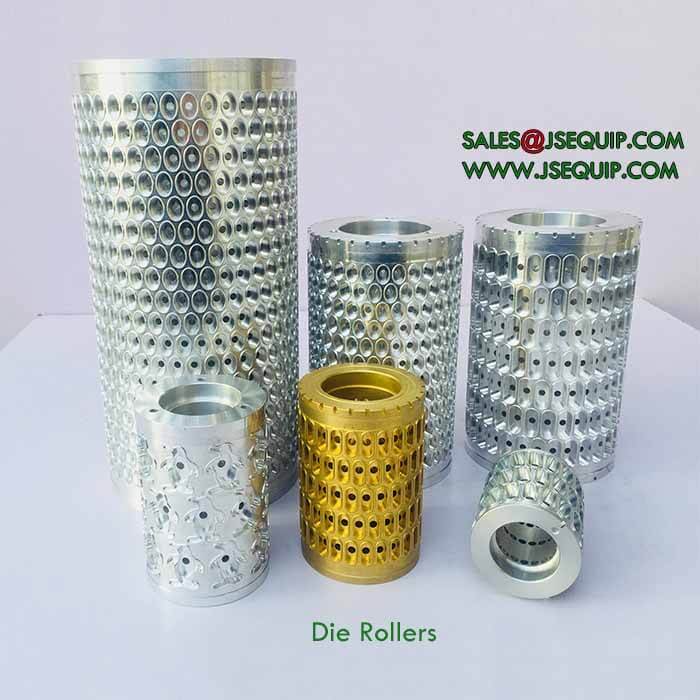 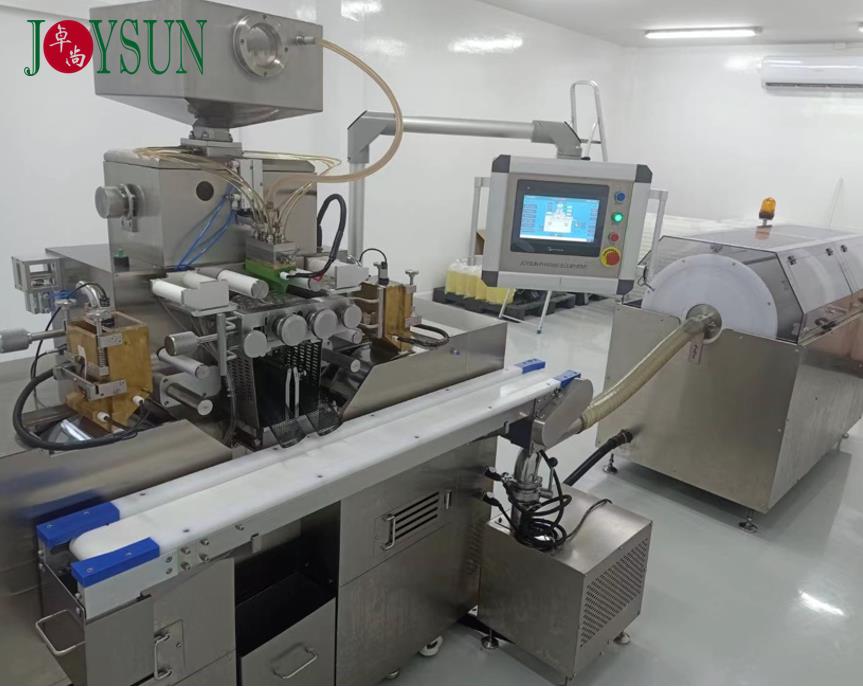 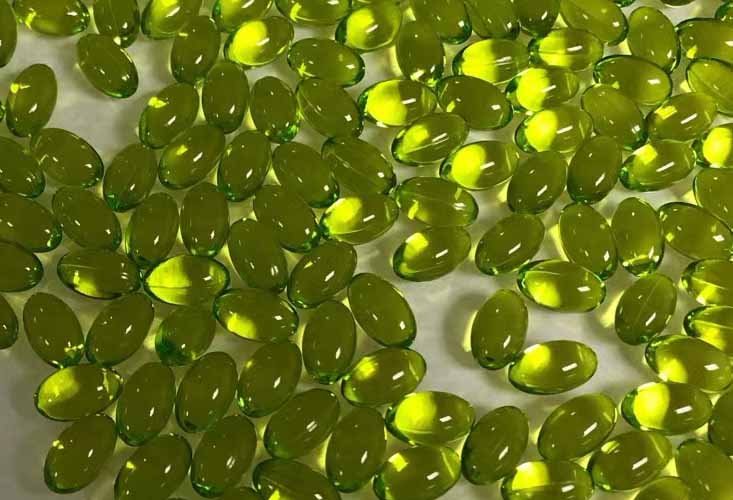 Why Does Softgel Leak? Possible Causes for Softgel… 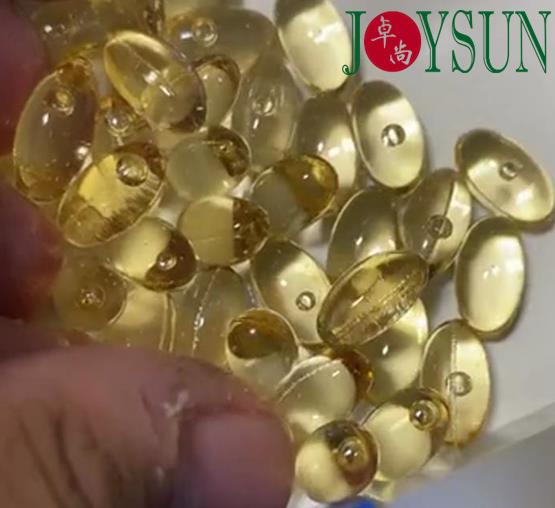 What to Do When There Is Bubble Or…